For all its complexities, the purpose of the US Constitution is simple: to provide a framework for the federal government by delegating powers- commonly referred as the ‘checks and balances’- to the president, Congress and Supreme Court.

The Constitution grants the president authority to reject any piece of legislation, and the implied ability to preemptively quash a bill by showing disapproval before it is debated.

This makes for a powerful tool that presidents can use to shape policy and restrain Congress.

President Trump, however, has shown a reluctance for wielding his veto power. Instead, Trump occasionally threatens to reject legislation, only to later sheathe his veto pen in favor of the bill.

For Democrats, Trump’s aversion to the veto may create an unlikely opportunity to achieve their legislative goals.

This aversion was on display last week when Trump signed a $1.3 trillion spending bill. The 2,232-page bill did not include funding for border security, and failed to cut foreign and domestic spending programs- all important items on Trump’s agenda.

But after threatening to veto the bill, Trump nonetheless signed the spending package. Just hours later at a press conference, Trump called the bill “ridiculous” and vowed that he would “never sign another bill like this again.”

Trump’s veto threats, however, often ring hollow. During his first year in office, Trump did not reject a single bill. While this does not conclusively show an unwillingness to use his veto power, first-year presidents may use the veto pen to convey their legislative intent to Congress.

Even more, Trump- the self-branded political pugilist- often alters his opinion to agree with everyone in the room. This inclination- one that continues to trouble GOP lawmakers- has surfaced on several occasions.

Perhaps the most notable example took place in January during a bipartisan meeting with lawmakers on DACA. During the session, Trump concurred with almost every opinion- whether liberal or conservative- offered by members at the meeting.

This included temporarily supporting Senator Dianne Feinstein’s proposal to extend DACA but leave border security measures unfunded. Toward the end of meeting, Trump said that he would sign whatever bill Congress sent him.

In fact, Trump’s vacillation reached such an extent that GOP Congressman Kevin McCarthy was forced to intervene and remind the president that any agreement should include border security measures and a DACA extension.

With the midterm elections just months away, Trump’s disfavor of the veto and face-to-face conflict should deeply trouble the GOP.

One reason for Republicans to fret is the possibility that Democrats will retake control of congress in November. According to a February 2018 poll, voters favored Democrats by 16 points. While that edge has since fallen to 6 points, Democratic voters are more enthusiastic about casting their vote in the fall. 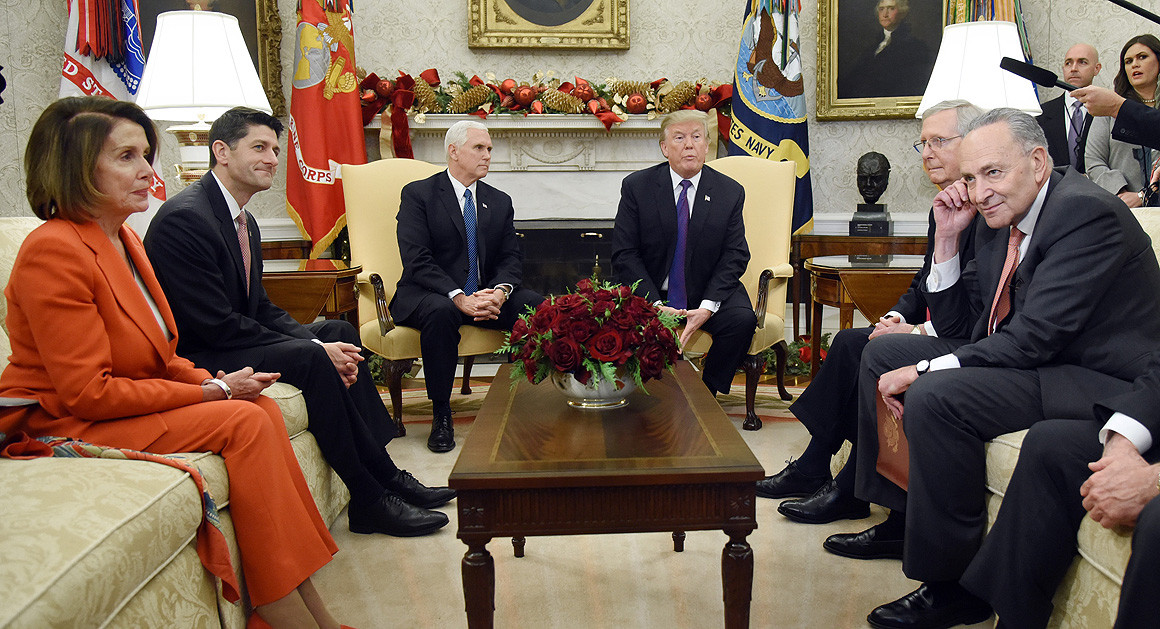 Facing an energized Democratic base, the GOP may surrender the House if not the Senate too.

This leads to the primary reason for GOP distress: a Democratic-controlled Congress sending left-leaning legislation to a president who has declared his willingness to sign almost anything.

Emboldened by their midterm gains, and with the expectation that Trump will shirk confrontation and assent to their demands, Democrats can achieve the rare feat of passing liberal legislation with a Republican in the White House.

For the GOP, surviving the midterms means they still must work with a president who seems to favor interpersonal amenability rather than his party’s platform.

But if Democrats ride their energized base to a congressional landslide, the GOP faces the more daunting scenario of a Republican president who is unwilling to use his veto power, and the inability to stop him from acquiescing to liberal legislation that trounces their agenda.

One thought on “Post 42: Trump’s Missing Veto Pen Could Be a Windfall for Democrats”