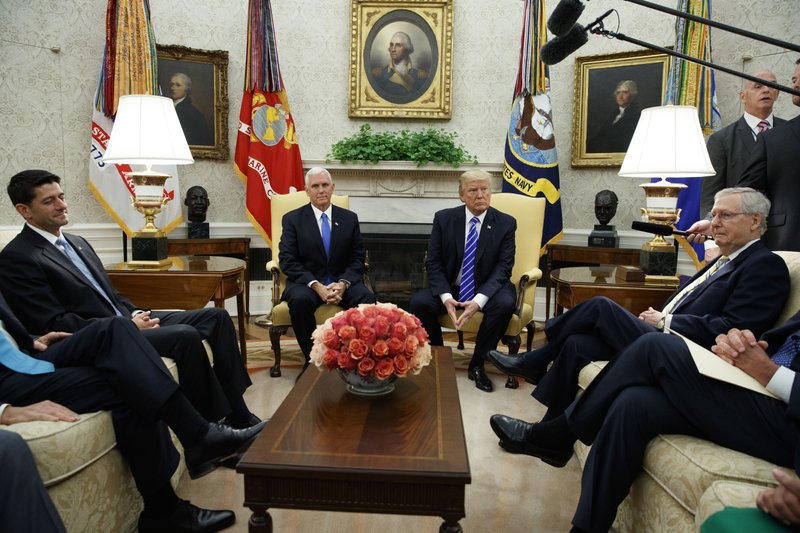 President Trump and Republican leaders in the Oval Office. (AP).

Taken together, the bills cut taxes by nearly $1.5 trillion- including lowering the corporate rate to 20%- and attempt to mitigate the impact on the deficit through economic growth.

This belief that lower taxes stimulate the economy- last put into practice during the second Bush administration- has encountered resistance from deficit-minded conservatives and Democrats who fear that reduced revenue will exacerbate the deficit crisis.

“I say to my colleagues, particularly the deficit hawks…” Senator Chuck Schumer (D-NY) said in a recent floor speech. “This bill is a deficit budget buster. We all know what will happen.”

Senator Schumer raised a valid point. Without accounting for economic growth, the Congressional Budget Office says the Senate bill would add $1.41 trillion to the deficit by 2027.

In the absence of sustained economic expansion, like the 3.3% growth rate in the recent third quarter, Republican tax reform will contribute to the national deficit. Adding to the deficit, ironically, is typically anathema to traditional conservative ideals.

But if tax reform leads to greater wage retention, and drives growth, Republicans should highlight the primary causes of the deficit, and fashion an argument for another GOP wish list item: entitlement reform. 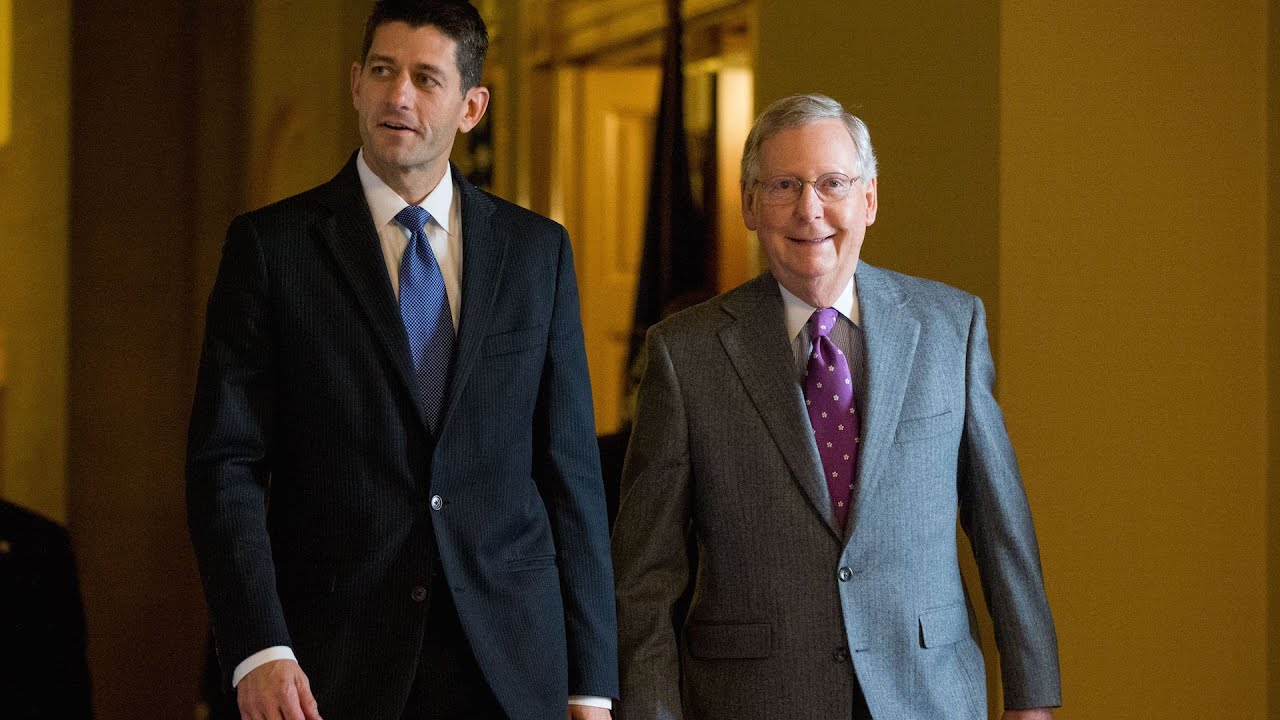 By no means is the federal government strapped for cash. The Office of Management and Budget says that federal revenue for fiscal year 2018 will be $3.65 trillion.

This total, however, falls short of government spending of $4.09 trillion, creating a deficit of $440 billion. It is this figure, of course, that continues to drive federal debt toward $20 trillion.

But the annual deficit pales in comparison to the budget items that drive it: mandatory spending programs. These entitlements were established under so-called authorization laws, which require Congress to appropriate whatever funds are needed to keep the programs running.

Mandatory spending is currently estimated to be $2.535 trillion, or 62% of the federal budget, with the two largest items being Social Security and Medicare.

As the most expensive entitlement program, Social Security is estimated to cost $1.005 trillion in 2018. Funded through payroll taxes, Social Security collected more revenue than expenses until 2011 when 78 million baby boomers became eligible to draw from the program. Over the next 30 years, it is estimated that fewer workers will pay into Social Security, requiring 25% of its benefits to come from the federal government’s general fund.

Though smaller in total, Medicare is the second largest contributor to the deficit. In 2018, the healthcare program will cost $582 billion, and will derive 43% of its resources from the general fund. 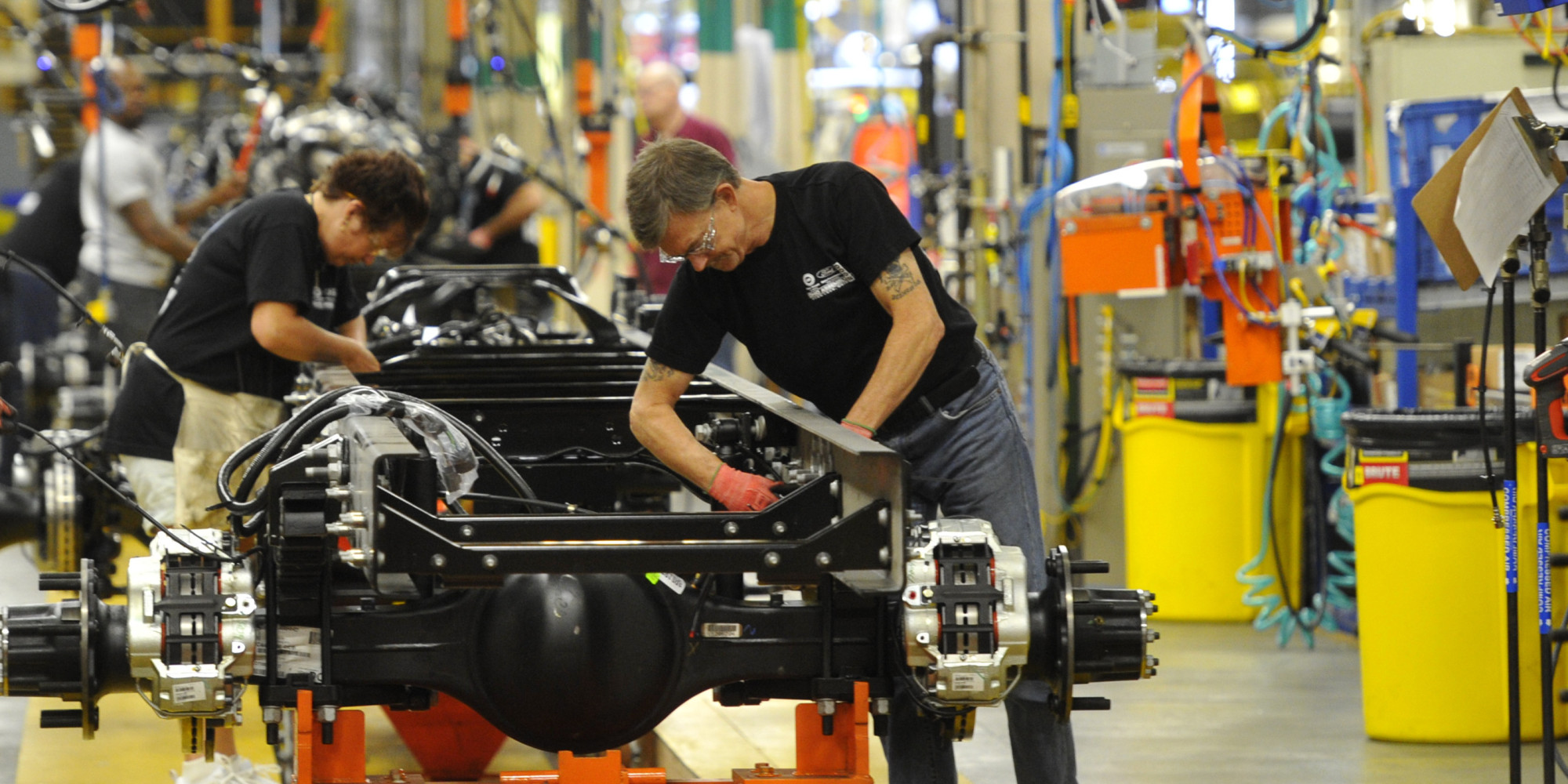 Republicans hope their tax plan will boost the economy. (AP).

If taken together, Social Security and Medicare account for about $1.6 trillion in annual government spending. This total, however, would be inconsequential if these programs were self-sustaining. But they are, unfortunately, forecasted to fall short of their fiscal obligations, leaving taxpayers to pick up the tab through payroll and income taxes.

In comparison, the GOP tax bill is expected to add $1.4 trillion to the deficit over the next decade, or just over $100 billion per year by 2027. While this is a significant addition to the deficit, it is demonstrably less than the impact of entitlement spending, and may be partially offset by increased economic activity resulting from lower taxes.

Indeed, if tax cuts lead to economic expansion, Republicans have a convincing argument for entitlement reform. In such an instance, the GOP’s two-part rationalization should center on the efficacy of tax cuts, necessity of entitlement reform, and target young and middle-aged taxpayers who stand to lose the most from entitlement insolvency.

First, the GOP would provide Americans with a consistent reminder about the advantages of tax reform: increased take-home pay and (if present) economic growth. This message emphasizes the benefits of tax cuts and an expanding economy- two outcomes that quickly endear most voters to their congressional representative.

Republican’s second step is to a develop an engaging policy platform, aimed at the young and middle-aged, about the exigency of entitlement sustainability. While not the most enthralling topic, entitlement insolvency poses a threat to working Americans as they move toward retirement. By engaging their self-interest in the matter, a consistent GOP message on entitlement viability would create invaluable support for reforming public benefits.

So, if tax reform allows for greater retention of wages, and sustained economic growth, Republicans can harness their constituent’s interest in public retirement benefits through the lens of the looming deficit crisis.

Such a strategy, if properly executed, could hand Republicans their greatest wish of all: entitlement reform.